Today was all about plans awry. I had planned to jump jumps. Sunday, if I don't have to work, I will be going to the local show jumping club freshmans day. So pony and I needed to jump jumps, or I did. Pony can jump fine, I'm terribly out of practice.
1. The cows had pushed the jumps over, I put them back up to some degree so it looked like this. 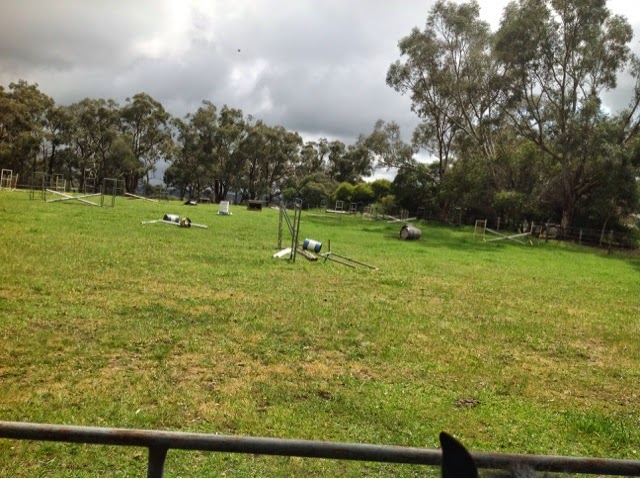 Yes, that is the pony's ear in the corner. And big black thunder clouds.
2. Rosie wanted to play, pony said NO and nearly stomped Rosie. 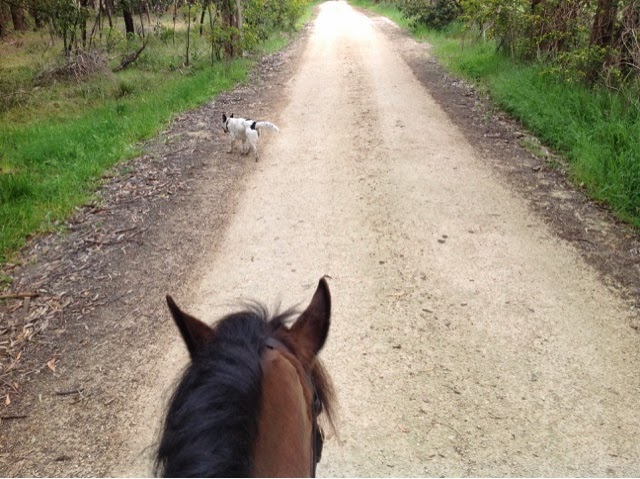 Cute pony ears. Ten seconds before, evil pony hunted Rosie.
3. It was too slippery, pony says she can't jump when it has rained. I said yes, just a few trot and pops, we didn't fall over but it wasn't pretty.
4. As I was leaving I noticed one of the other horses had his mouth stuck in his rug. Ten minutes of thoroughbred madness ensued, crisis averted.
Ugh, I'm going to work to recover...
Posted by Del at 23:08