Tuesdays, as you will soon discover, are all about carriage driving. A group of ten or so drivers meet at one of the drivers (JC, as she will subsequently be called) farms and go for a drive-out in the nearby public parkland. We also have use of her dressage arena, marathon obstacles and cones course, as well as the pooled knowledge of all the drivers. I count it a privilegeto be able to join in and it has done heaps for my confidence, not to mention the pony's fitness and bravery.

I get up early, drive the half hour to the pony, feed, get all my mountains of gear packed up then  float 50km in the opposite direction. Mad....but so worth it. 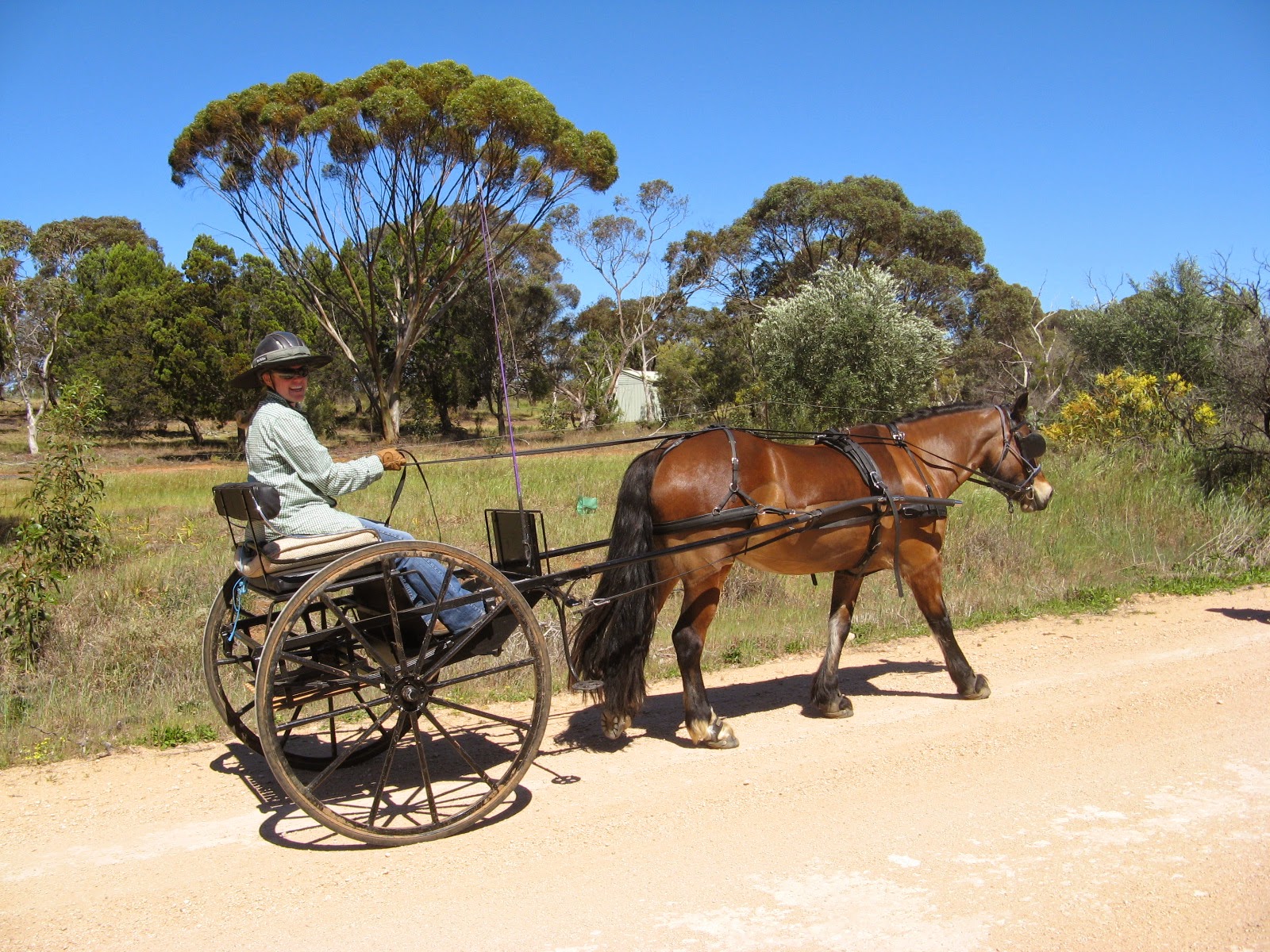 Just heading out, long pony is poking her nose out, but soo shiny. 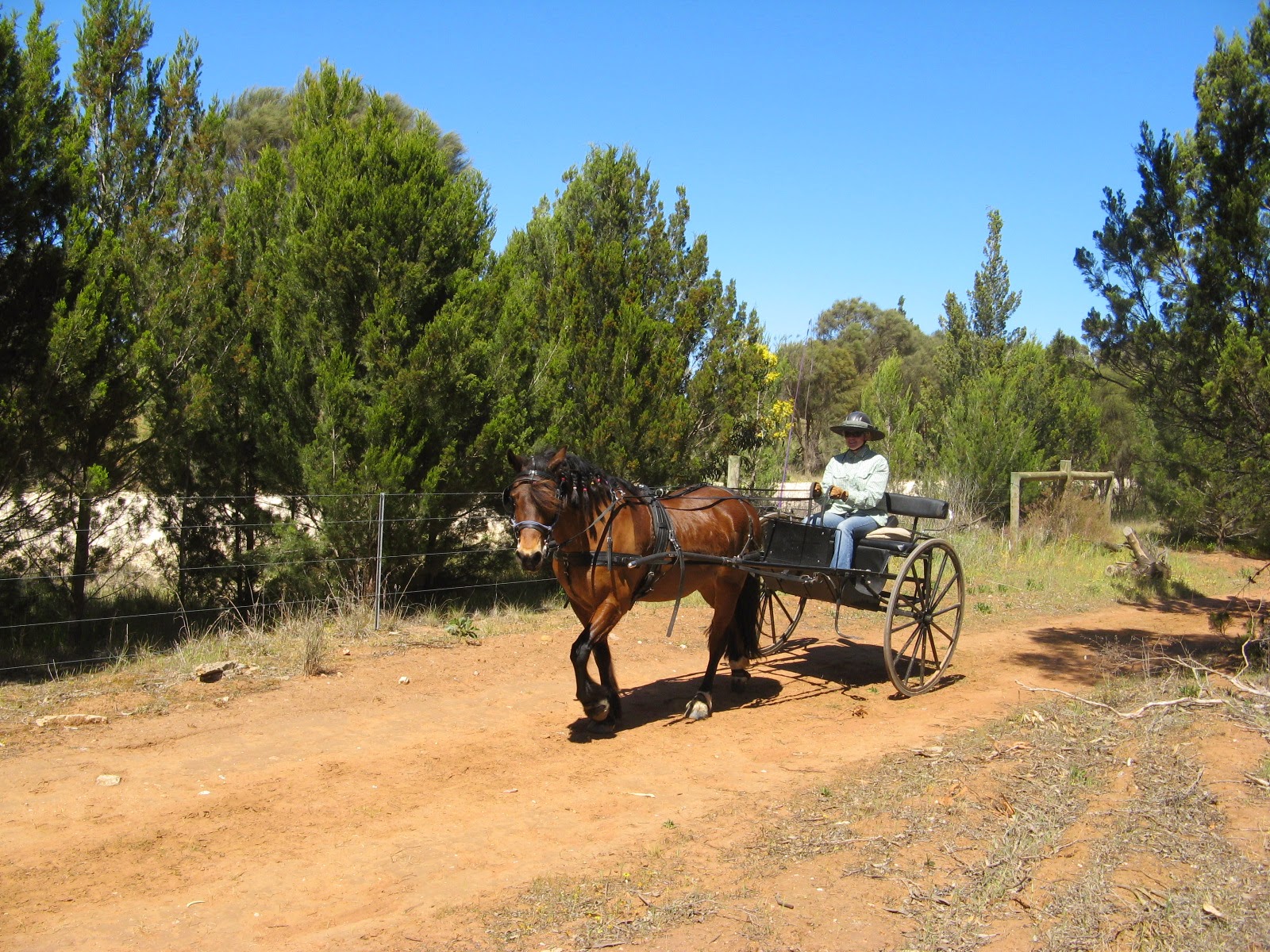 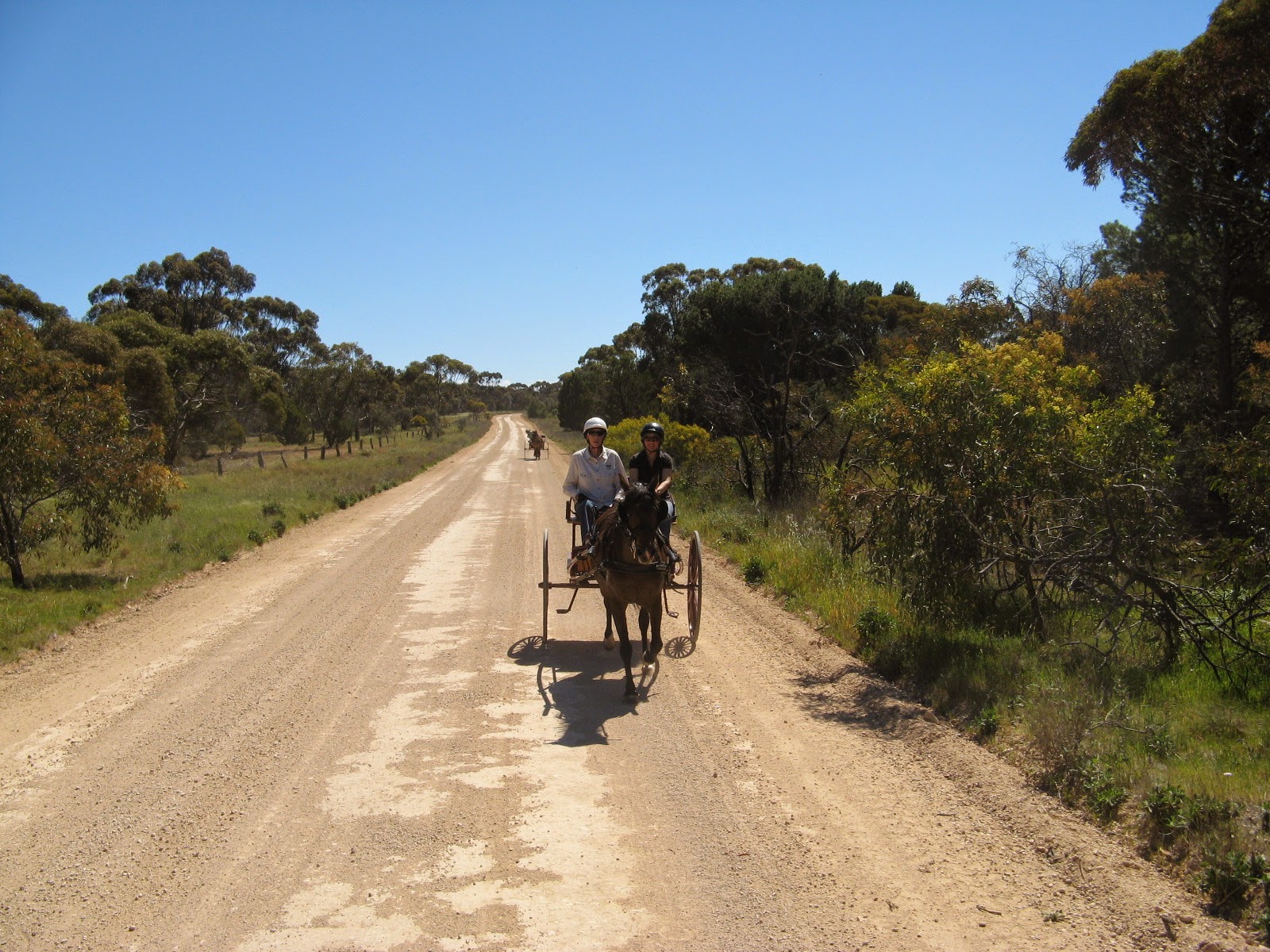 K and J2 driving Phoenix, the flying Arabian Pony, far in the distance, Aba and I taking our time. I like her to be able to go at our pace so practice stay back then catch up. She is also walking because when she gets tired and stops moving properly I am not keen on the amont of concussion to her feet and joints on the packed gravel road. She is wearing Easy-boot Glove hoof boots on all four feet so she is happy to move out. 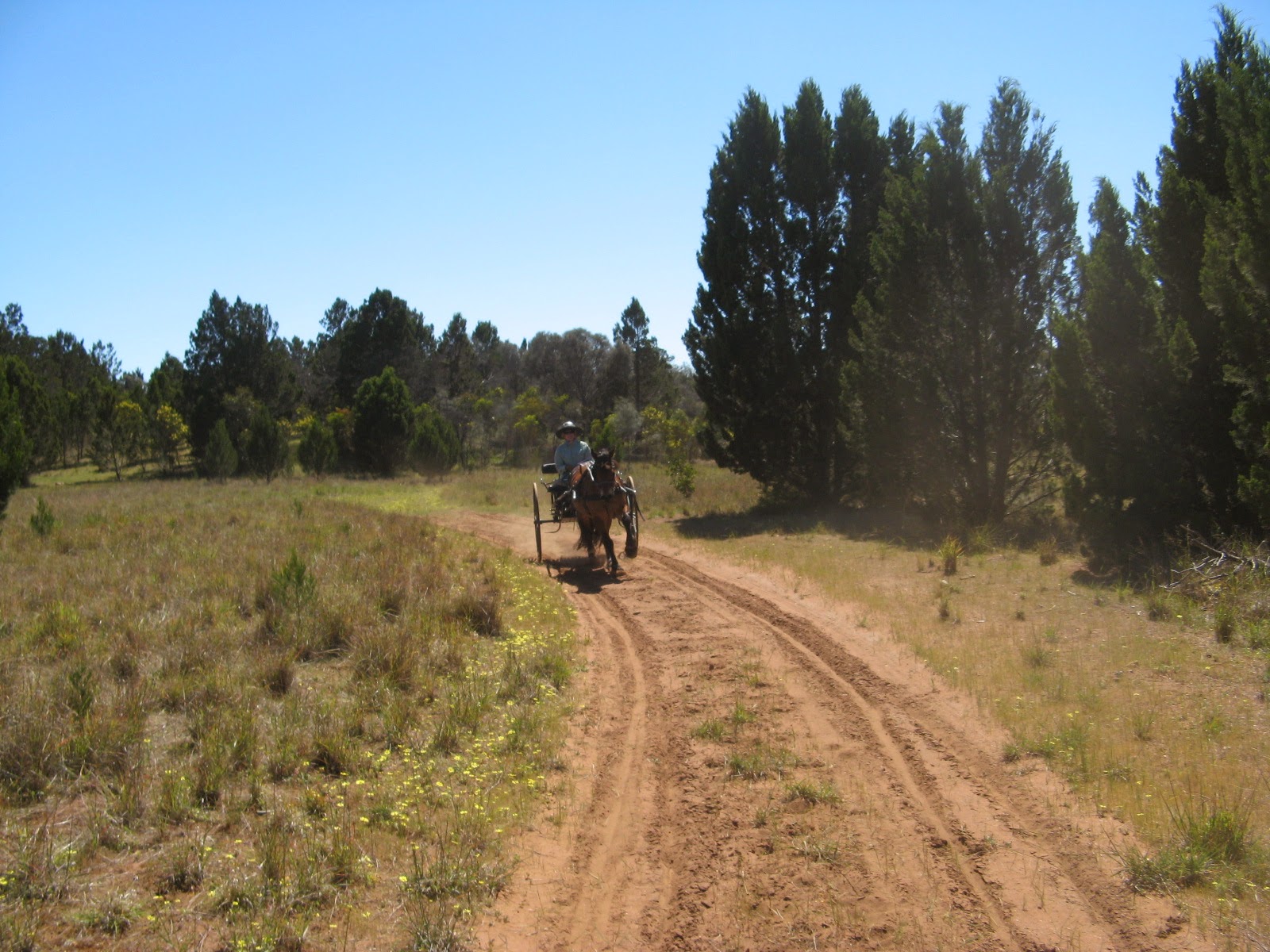 Moving along, big harness pony trot, aka, knees around her ears. We had some great canters as well today by my borrowed photographer had to hang on, not take photos at that point. We worked on getting her to bend properly through her corners and trying to get her to lift in front, her penchant is for going along like a broken down third world pony. When we got back I took her though a chose your own adventure MO (marathon obstacle) and drove some cones. We didn't smash any today.
After our drive it was lunch, discuss all things horse and harness. I arranged to have my carriage raised 120mm to improve my driving position.  ( thanks to JC's industrious husband)
Miss A has been getting a little reluctant to go into the float lately (takes a few tries and she just isn't committed to forwards) so before leaving Aba had a take yourself into the float lesson with one of the drivers who is better at body language than me. We went home and practiced and I think we are back to how things normally are ( walk straight in). She was a little perplexed by coming out at home, then having to get back in the float. 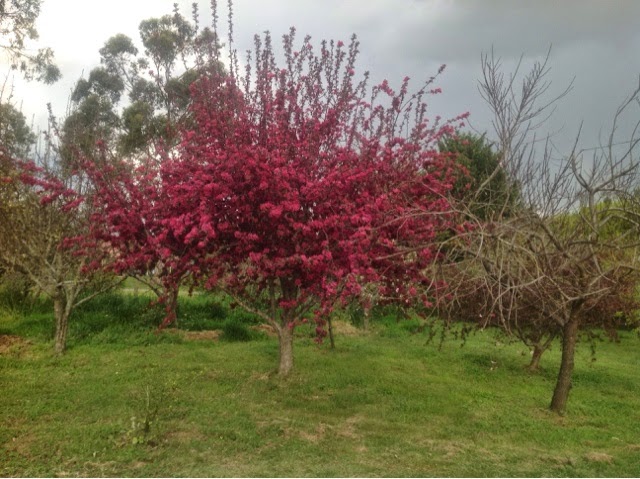 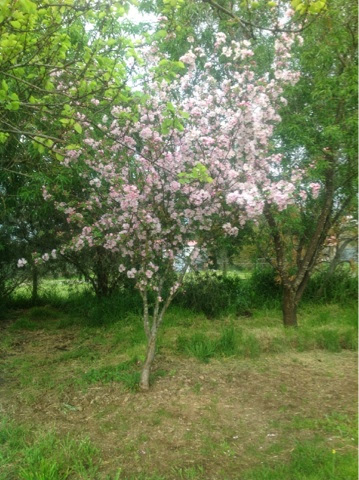 This was my view whilst unpacking the car, soaking hay and making up tomorrow's feeds. I love spring time!
Posted by Del at 04:17