Gastric ulcer pony does Working Equitation in a Pelham bit

Today we got ourselves in gear and had our first Working Equitation lesson. It was great. The pony was more concerned about certain obstacles than I had expected but overall was pretty good. She had a particularly good look at the "bull" , not once, not twice, but EVERY SINGLE time we passed it, but only when it was on our left. Really pony? There was a lot of inexpert riding on my part but things can only improve from here.
Halt, not quite centered between the poles but nice anyway. Note Fergus the bull in the background 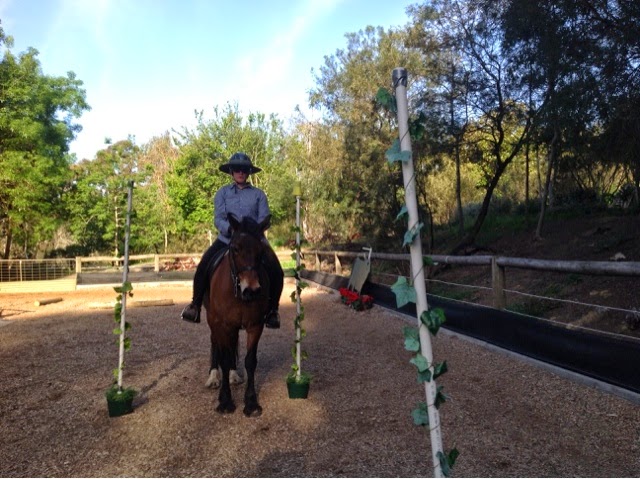 The Garrocha was fun, and she was a star at the bridge and backing through the corridor 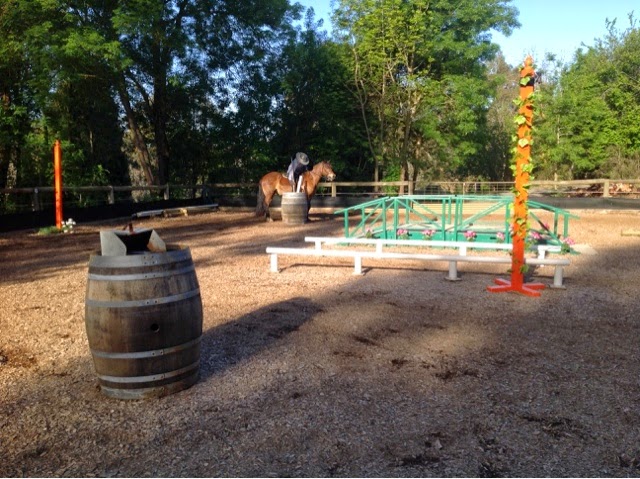 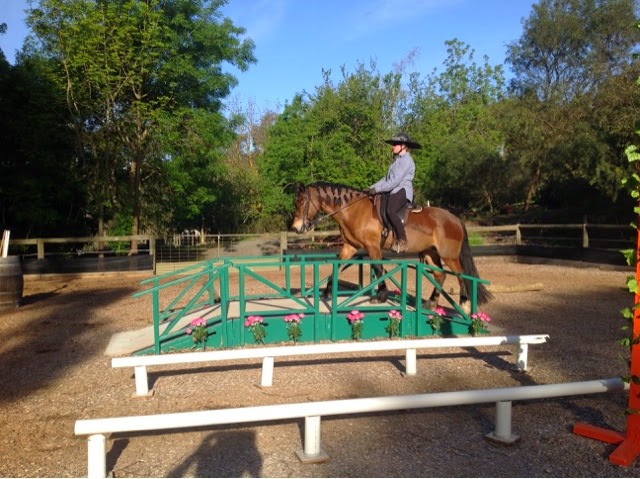 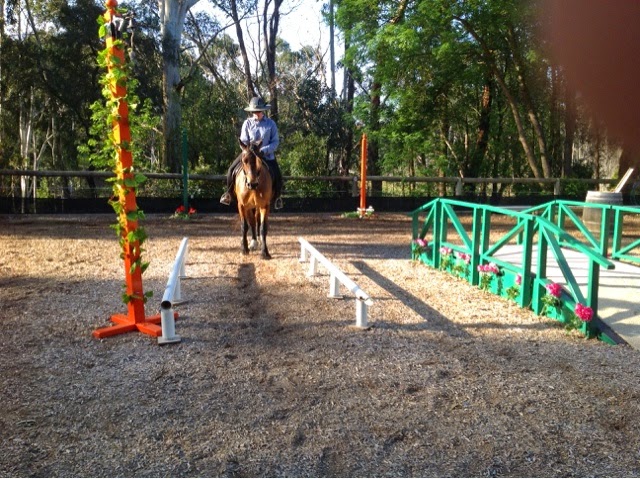 We also got some lovely moments 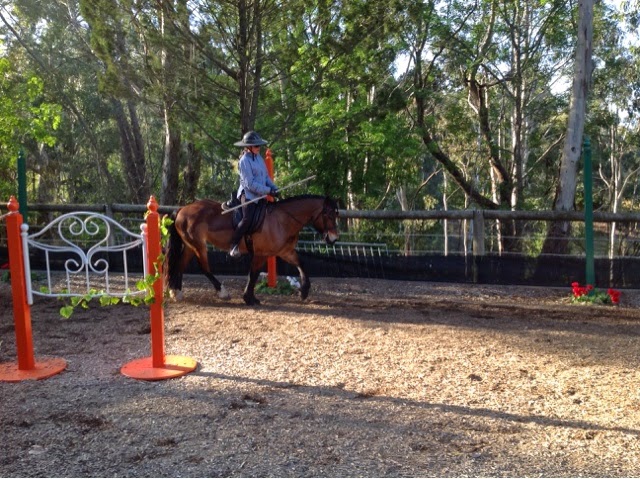 Note that pony is actually giving her jaw whilst at the same time tracking up : winner! This change may have something to do with the Mullen mouth Pelham and forked reins we tried today, I had a happy pony. We spent some time getting the right fit. My instructor describes her as having the most fleshy mouthshe has ever seen. We ended up putting her in a wider bit and adding rubber bit guards. The forked reins mean you can adjust the point at which the curb kicks in, unlike using two reins or a rounding which means both act all the time. She seems to prefer poll and jaw pressure to tongue, lips and bars. 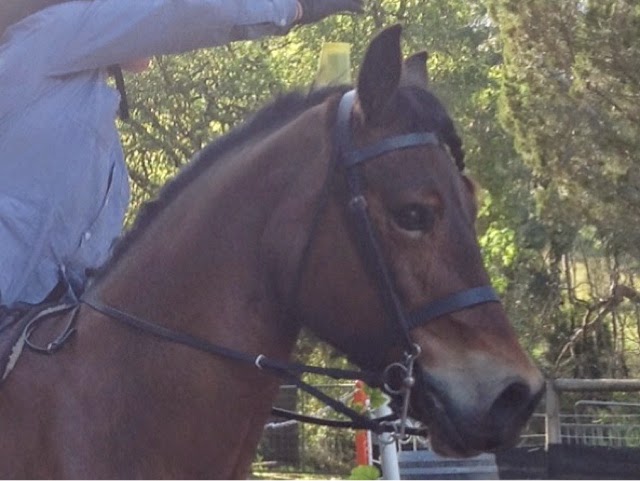 In follow up to yesterday's blog: it's the ulcers. Poor pony. She is fidgety and bloated and miserable because her BF went competing on the weekend and she spent her time wandering and calling. Blasted gastric ulcers, she is on omeprazole (gastrozol) 100% of the time and she still has flare ups. The fact that she was wormed this week probably didn't help. She will be on sucralfate and probiotics for the next two weeks and hopefully things will settle.
Overall, I had a wonderful day today, Aba is such a trooper.
Posted by Del at 04:26